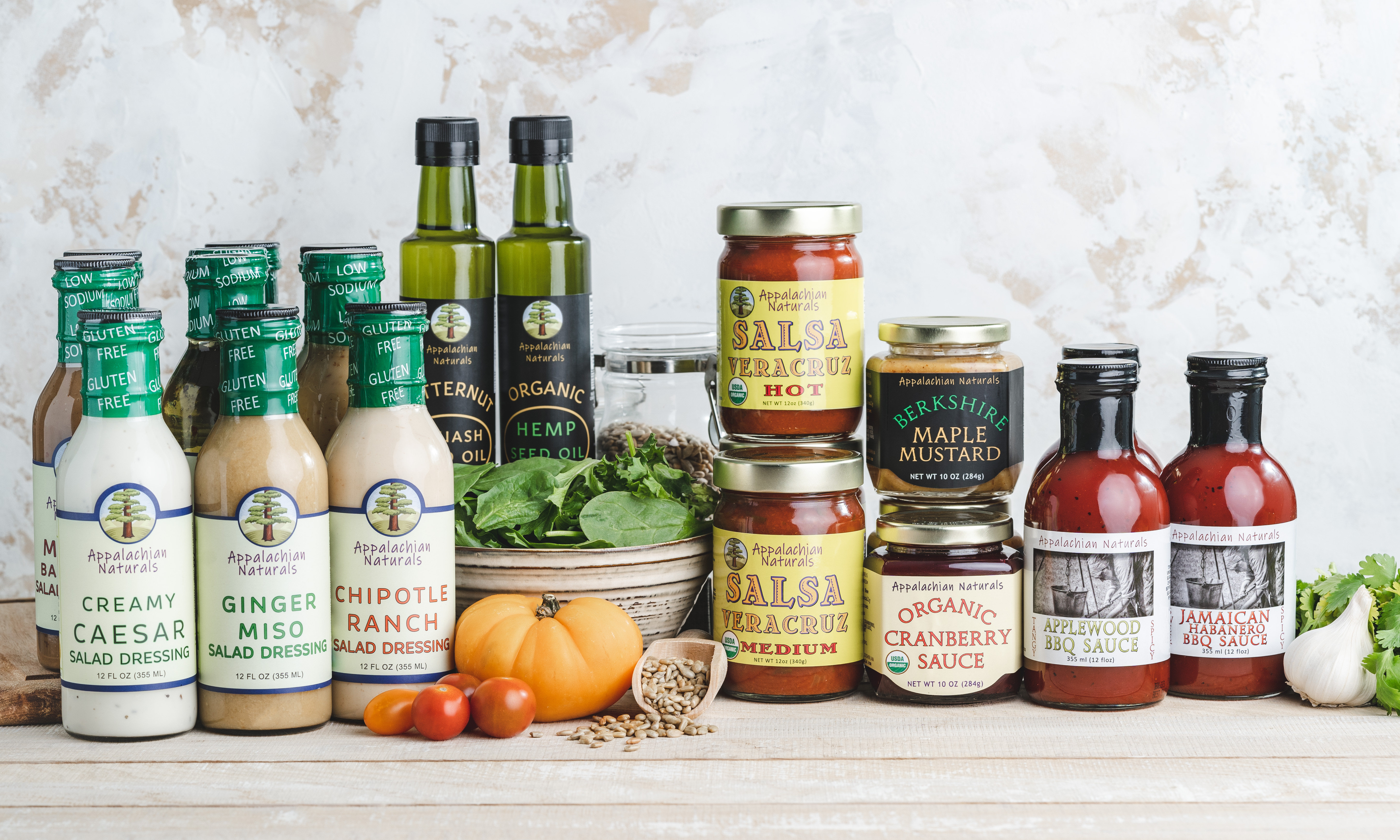 The idea of Appalachian Naturals began years before the company even began. In 1998, Shelly Risinger and Kristin Barry, decided to renovate an old tavern into a working restaurant in the rock-climbing town of Joshua Tree National Park. The restaurant, known to this day as The Crossroads, featured entrees such as seared ahi tuna over baby greens (with fresh tuna flown in daily from the Sea of Cortez), Baja steak soft tacos (with homemade corn tortillas that were hand pressed to order), the famous Harvest Salad with ripe avocado, fresh figs, heirloom tomatoes, and baby spinach featuring the most requested house dressing: Ginger Miso.

The emphasis on quality and freshness was unprecedented in the region. Customers from around the world constantly commented on how they had been to the finest restaurants in New York, Chicago, LA, and beyond, never having the flavor combinations they were experiencing in this tiny little cafe in the middle of nowhere. Patrons were thrilled to find contemporary urban cuisine in a desolate, almost forgotten, settlement without having to dress up for the occasion. They could swagger in right after their last climb of the day and be served cuisine that, prior to Crossroads, was only available 300 miles away in Laguna Beach. It was often impossible to get a table, let alone a spot in the line of people waiting to be seated that wrapped around the block...

Eventually the owners decided to close up the restaurant for the month of August as temperatures in the hi-desert could reach 115 degrees causing rolling blackouts when the grid couldn't meet the demands of southern California. The annual closure was an effort to give the owners and their staff a break so everyone could re-charge for the busy tourist season. Several of their patrons were a bit anxious about this, so much that they started bringing in mason jars, and empty gallon jugs, to stock up on their favorite salad dressings before the restaurant closed.  It was finally suggested, "you should seriously think about bottling this" (referring to Ginger Miso and Honey Balsamic Vinaigrette). While it was a fantastic and thoughtful suggestion, the owners could not find the time to bottle dressings while running the restaurant.

In 2005, 3000 miles to the northeast of southern California, the first batch of Ginger Miso Salad Dressing was bottled. Soon thereafter the owners added seven more dressings, barbecue sauces, dips, and salsa. In 2006 Appalachian Naturals canned the first batch of Organic Tomato Puree for some local farms that had an excess of tomatoes after a bumper-crop season, about 800 pounds of tomatoes.  In 2016 Appalachian Naturals produced their eleventh batch of tomato puree, this time totaling over 40,000 pounds of tomatoes.

Our mission is to intelligently alter the existing food chain paradigm to the benefit of the consumer, ethically, environmentally, and economically. Sourcing ingredients from local farms and producers that follow similar ethical and sustainable approaches to commerce is just the tip of the fork here at Appalachian Naturals.